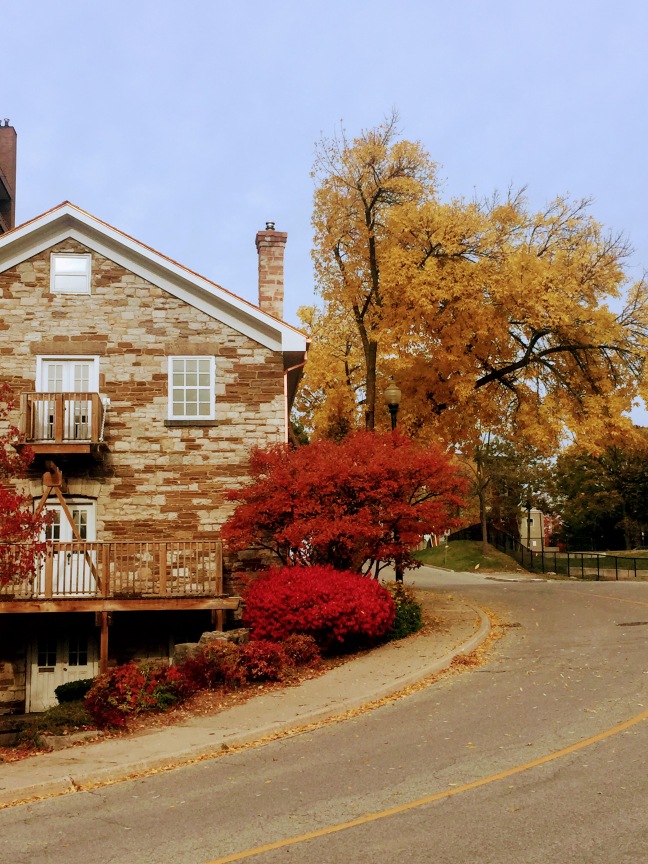 So I was going to write this post on the places I would like to visit in Minnesota now that I live quite close to the International Falls/Fort Frances border crossing and supposedly the US border is opening on August 21, but it doesn’t really look like that’s going to be wise. So let’s talk about all the things I can do to have a pleasant Delta variant autumn. As the quote says, “Humans make plans and God laughs”.

And I love summer but I am over feeling like a moist towelette all the time.

I feel like this will be a great time to really get into hiking. The weather will be cooler, I’ll have a car again (I’m picking up my new-to-me car on Friday!), the leaves will be changing and it just feels like the perfect hiking weather!

I also have a lot of hope for the trees up here, and I’m hoping with my new normal, 9-5ish work schedule that I’ll actually have time to be able to drive and hike around and look at them. There are multiple provincial parks nearby; Ojibway I’ve already been to, but Aaron, Sandbar Lake, Blue Lake, Pakwash, Rushing River, Caliper Lake, and Sleeping Giant are all on my hit list. Wabakami is also close, but very difficult to, there aren’t really roads to get there. I’m also not 100% sure Pakwash is on my list either, Red Lake as a town isn’t really somewhere I aspire to visit and Pakwash is really close to Red Lake, probably close enough that I would have to stay there. And I don’t think that’s my vibe.

I also saw on TikTok that there are these scratch off Ontario Provincial Park maps and I want one. There is something about a scratch off map that is like a list and crossing stuff off is the most satisfying experience.

This will likely be one that happens a few times over the late summer and early fall once I pick up my car but I am actually going to go to the drive in. I have been wanting to go all summer and there’s no movie theatre in town and from what I can tell there isn’t a normal movie theatre in Dryden so when the drive-in closes I think the closest movie theatre is in Thunder Bay, over four hours away.

Winnipeg. So my work is finally allowing us to travel to Winnipeg without mandatory quarantine on return and a potential trip to Steinbach and Winnipeg was one of the reasons why I was so interested in this area. I was born in Steinbach and spent the first couple years of my life there. We moved when I was 2 so I obviously don’t remember any of it. There is also an Ikea there and I have had a couple Ikea products on my list and haven’t been willing to pay the $199 shipping for them. So it’s partly nostalgia and partly a need for a major urban area. I also really want to get my eyebrows done, somewhere. I do not have the skill to shape them they way they need shaped and I will have to get better at maintenance somehow.

Start knitting again: My grandma taught me how to knit when I was a kid and I have never progressed beyond scarves and I would really like to. My sister has knit a couple sweaters/cardigans and a blanket and I would like to do something like that.

There are really only so many scarves a girl can have.

Oh, and I forgot about this until I was looking for a cover photo, but I want to learn to make ramen! I really miss Crafty Ramen in Guelph and I really want to recreate it.

Oh, and there is a big “Back to School” themed Hill House nap dress drop that I am 100% going to spend more of that than I should on it.

I’m trying to be realistic with my autumn bucket list and not plan to many things, so I think that is it for me!